For The Boys: Wrap Up Movember with 40% OFF at Penguin! 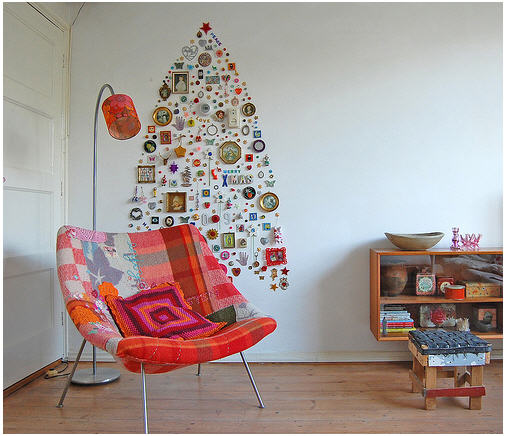 Nothin’ beats the opening of some new Chicago shops just in time for holiday shopping! With a range of genres—clothing, household items and food—and multiple price levels, there’s no possible way you won’t find something on which you can spend your holiday bonus. Check out the list below.

If you’re into Parisian apothecary goods that cost a small fortune, you can soon enough spend half a Benjamin on a baby-sized candle in Wicker Park.
Diptyque | 1645 North Damen Avenue

Rick Owens, Raf Simons, Damir Doma and hot, hot employees. The most hidden of all gems, I walked up and down Oak Street before finding this baby, and damn was it a find. If you’re not into that dark, drapey vampire look, it’s definitely worth stopping by just to check out the doorman. Meeeeowwwww.
Gallery Aesthete | 46 East Oak Street

You’re so dope, uh, like Louboutins with the red bottoms! Yuh gotta have ‘em, yuh glad you got ‘em! Hova said it best. We heard this store opens sometime this week when we checked out the supposed location last weekend, and the signature red carpet had been lain. That’s right folks, this magical Oak Street pop-up is happening, and hopefully in the near, near future.
Christian Louboutin | 58 East Oak Street

Another Oak Street addition, but…When does this open? How can I get a job here? Has anyone seen cuter window graphics? The world may never know.
Lanvin | 114 East Oak Street

I’m totally bitter that I didn’t receive an invitation to the opening party, but then again, who actually likes Burberry plaid, anyway? B.A.S.I.C. [Ed. Note: Mack speaks for herself on this one. C.L.A.S.S.I.C] But isn’t the exterior gorgeous? Almost TOO gorgeous for the atrocity that is Michigan Avenue. Will you endure the tourism trap to peek inside?
Burberry | 633 North Michigan Avenue

New on Damen Avenue in Wicker Park, this upscale Abercrombie & Fitch really tugged at my junior high heart. While the moose logo is nowhere to be found, the similar rugby, cabin in the woods sexy look totally is.
Scotch & Soda | 1651 North Damen Avenue

Though tea is an extra-tea-rrestrial idea for a fervent coffee consumer like myself, David’s Tea is to-tea-lly cute and the staff is super friendly. I mean SUPER friendly, like you might not be able to handle the intensi-tea behind their greeting. If you can muster up the courage and fake smile oolong enough, try Splash! Absolu-tea-ly tan-tea-lizing.
David’s Tea | 1645 North Damen Avenue

Opened as of the 17th, this homegoods store is moderately priced and caters to the “modern Midwesterner”, and I am nothing if not that. Brought to you by Ork Posters, carrying many art items produced in the midwest.
Neighborly | 2003 West Montrose Avenue

Watch out Uprise, there’s a new skate shop in town! Long-time street wear shop, Leaders, has opened a new skate shop in Hyde Park. Even if you’re not a sk8r gurl, don’t h8! You might be able to snag a hawt s8r boi just in time for cuff season.
LdrsSKATE | 1015 East 53rd Street